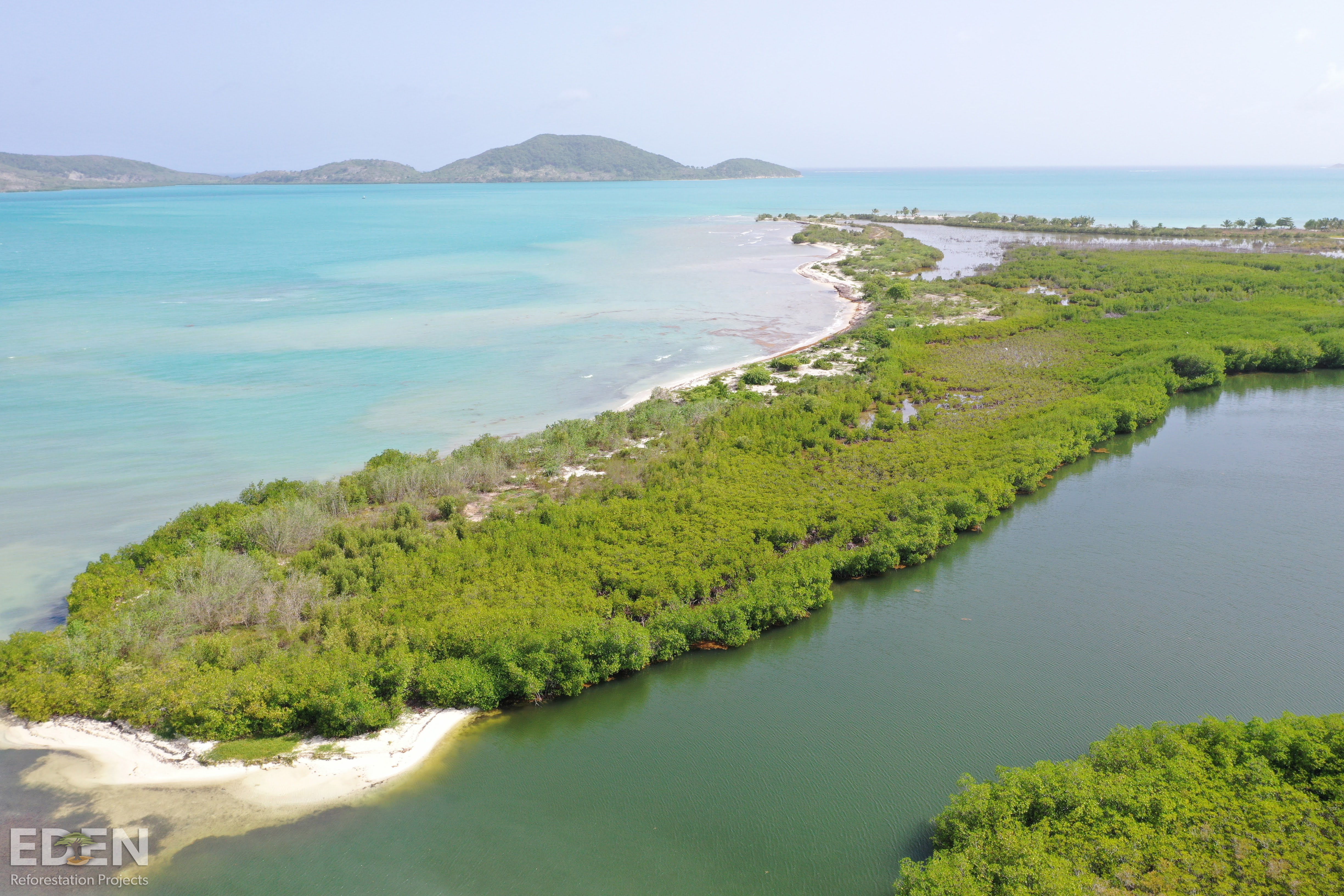 ‍Mangroves are unique ecosystems found throughout a wide range in the tropics and occupying the intertidal areas of more than 120 countries. Mangroves, and coastal wetlands in general, are globally important for the many services they provide to humans and the planet. These services include protection against storm surges, sheltering nurseries for fish and other marine life, providing building materials, firewood, and providing critically important services to stabilizing the global climate as an important store of carbon.

‍With the rapid increase in greenhouse gas emissions over the last century, the need forenduring carbon sinks has grown. The latest models suggest that to remain within“acceptable” global temperature increase, it is no longer enough to simply reduceemissions, and protect existing forests, but rather that we need to rapidly increase theability to sequester carbon. Globally, mangrove systems are estimated to hold an astounding 20 petagrams of carbon. For a biome representing less than 5% of the world’s terrestrial area, this makes mangroves one of the most important carbon stocks, even more than many rainforests like the Amazon. Equally, as a relatively fast-growing group of species, mangroves sequester carbon at a very fast rate.

We work with Eden Reforestation to plant our mangrove species. Their cost per tree is inexpensive because most of the resources they need to plant a tree are either free or extremely affordable.
‍
A large majority of the trees we plant are mangrove species, and at 3-5 years of age, this species begins to produce and drop its own propagules, which can be used to give rise to a new tree. In the beginning, our partners collected resources from existing forests, and now they are producing an abundance of resources from their own forests.

When the need arises, they purchase seeds in bulk and at a low cost from local sources.

Many of the trees we plant are mangroves that only grow along coastlines creating "coastal forests," if you will. This provides the trees with an irrigation system that is largely self-sufficient and reduces the costs associated with irrigation.

All of Eden’s International Employees are paid fair wages that have been transformational for their quality of life. Because our projects are in developing nations, this cost, combined with the speed and efficiency of the planting processes, allows eden to plant a large volume of trees at a very low price.
How can you guarantee that trees are being planted ?

Transparency is key. Here are some links that show the impact we have made together with our customers.
‍
How can you ensure trees survive and don't die quickly after planting ?

This is a fair concern and here is what we are doing to alleviate it:
Will I receive certificates for tree planting ?

Currently, when we receive contributions, 67% of it is sent to our tree planting partners, 2.9% goes to credit card processing fees and 30.1% is maintained as margin by thegoodapi.

The margin allows us to cover our operating fees including maintaining and building the products as well as all marketing and sales efforts. There are no additional charges to our planting partners or businesses that use our apis or Shopify app.